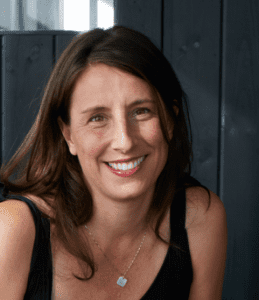 Kristan Keck and her partner, Chef Wm. Kirby Farmer, are the proprietors of Wm. Farmer and Sons Boarding and Barroom.

A former Peace Corps Volunteer, Kristan first began her career as a community organizer in the small city of Villarrica, Paraguay.

Relocating to New York following her years abroad, Kristan came to the hospitality industry following a decade-long career as a producer in commercial, TV, and film production. When they were based in NYC, the Hudson Valley was a weekend home for the couple before they moved to Columbia County full time, raising their son, and renovating the historic 19th century Front Street buildings that form their beautiful, bustling guesthouse and restaurant today.